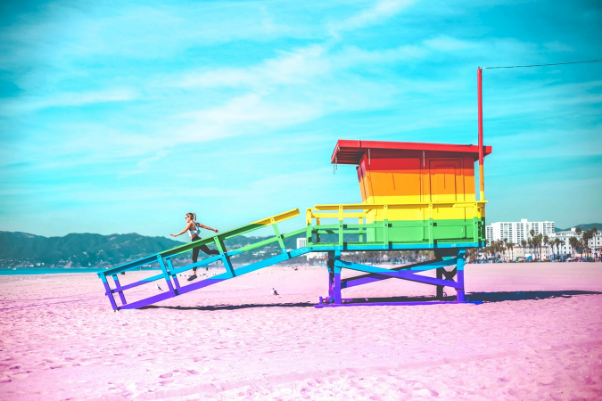 Destinations open to the LGBT community are becoming more and more common. This is good news if you are gay and want to go on vacation with peace of mind. We offer you a list of the ten best gay and lesbian cities in the non-French speaking world. 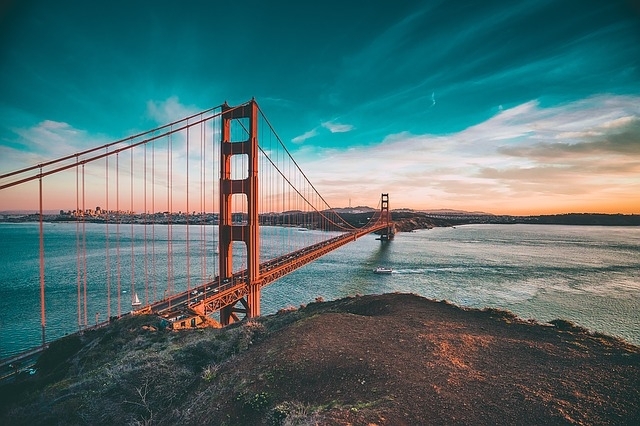 San Francisco inherited the nickname of "gay paradise" in the 1960s when gay activism gained momentum. As a result, gay neighborhoods and gay entertainment venues, including bars, restaurants and even stores, sprang up and are still very popular today.

TheCastro is the most famous gay district in San Francisco. It is advisable to use the famous streetcar to get there. When you get off at the Castro District station, you will soon recognize the gay district because it is covered with giant rainbow flags.

Another gay place to visit is South of Market, more commonly known as SoMa. This gay district, located towards downtown, plays a major role in the popularity of San Francisco. It is close to the Ferry Plaza, a boat that allows you to cross the San Francisco Bay.

There is no shortage of gay events in New York. The Folsom Street remains a must-see. It takes place every year at the end of September and gathers thousands of leather-loving fetishists who bring their wildest fantasies every night for a weekend.

TheSan Francisco Pride remains the major gay event. It takes place the last weekend of June and brings together the best LGBT icons.

As for gay cinema, the Frameline SF International Gay and Lesbian Film Festival opens its doors every year. 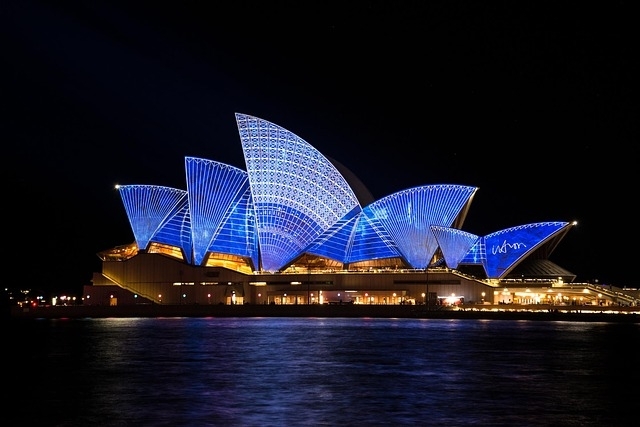 Sydney may not be the capital ofAustralia but it is the capital of gay life in Oceania. A true cosmopolitan destination, Sydney is sure to please anyone who wants to enjoy a drink by the sea in a sunny climate. Beaches, restaurants, museums, nightclubs... you'll want for nothing in Sydney. The gay area of Sydney is very popular with LGBT tourists. Oxford Street in Darlinghurst and Kings Cross are the areas where the gay community is most concentrated. This is due to the many nightlife venues dedicated to gays.

Sydney also has no shortage of LGBT events. The Sydney Mardi Gras is the biggest gay party of the year. It takes place in February and March and attracts thousands of tourists from all over the world, especially during its parade. The Sydney Leather Pride and the Sydney Pride Festival are other LGBT events. They take place respectively in mid-winter and mid-June. 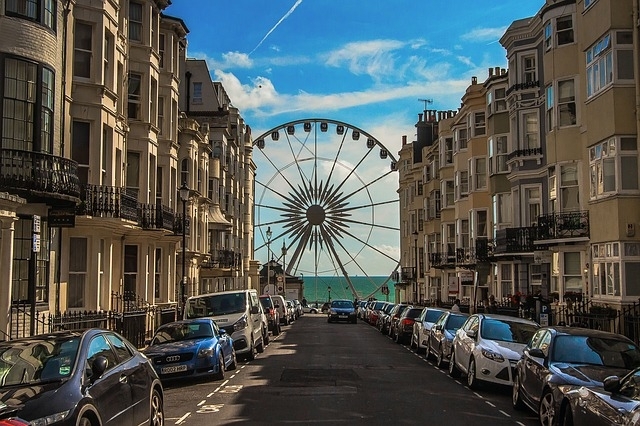 There is no better gay friendly city in the UK than Brighton. As a tolerant city, it invites the LGBT community to come and spend their vacations here. Most of Brighton's inhabitants are gay friendly but if you want to visit a gay-only place, we recommend Kemptown. It is the most lively area for the LGBT community. There are hotels, stores, restaurants, pubs and bars.

LGBT events are common in Brighton. The most famous is the Brighton Pride. It attracts 160,000 visitors each year for its parade. It also includes art and film festivals as well as village festivals, which are equally popular.

Another LGBT event to note is the Trans Pride. On this occasion, the letter "T" of LGBT is highlighted. This festival aims to eliminate discrimination against the transgender community and to give them visibility. It takes place in July, one month before Brighton Pride. 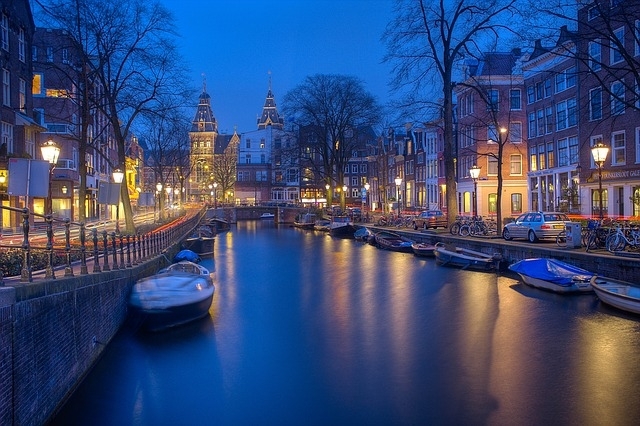 Amsterdam is known for its open-mindedness, its nightlife and its numerous LGBT parties. The reason it is so popular is because it is very tolerant of gay travelers.

Among the many gay-friendly areas, there is Reguliersdwarsstraat in the city center. Here you can find gay clubs and restaurants. For fetish cafes, Warmoesstraat is the place to be.

Summer is the season for gay events in Amsterdam. This is the time to go if you want to have a unique experience during your stay. TheAmsterdam Gay Pride is the must-see gay event. It takes place between late July and early August. Other gay events to note in your agenda are the Bear Pride at the end of March, the Fetish Pride in mid-May and the Leather Pride at the end of October. 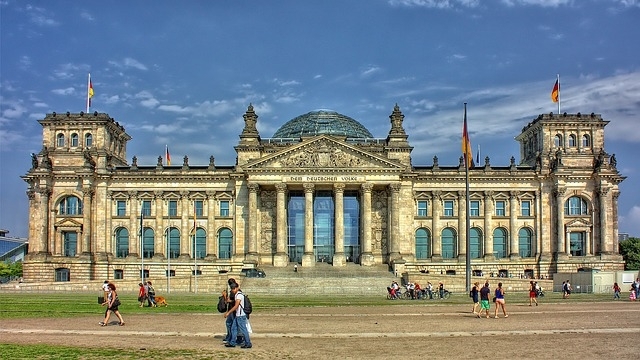 Berlin 's gay community is not shy about its former mayor Klaus Wowreit who openly declared his homosexuality. Berlin is one of the gay-friendly capitals of Europe, along with Amsterdam. With neighborhoods, cafes, bars, restaurants and stores dedicated to the LGBT community, gay explorers should be won over by the multitude of activities available to them.

The festive places open to LGBT people are also numerous. The Berghain, voted best nightclub in the world several times, organizes every year the Snax, a unique gay fetish event. For your pleasure, Snax takes place twice a year.

Among the main gay events in Berlin are Folsom Europe for leather lovers, HustlaBall, a gay clubbing festival, and Christopher Street Day, which combines with Berlin's Gay Pride to denounce discrimination against LGBT people and celebrate its pride. 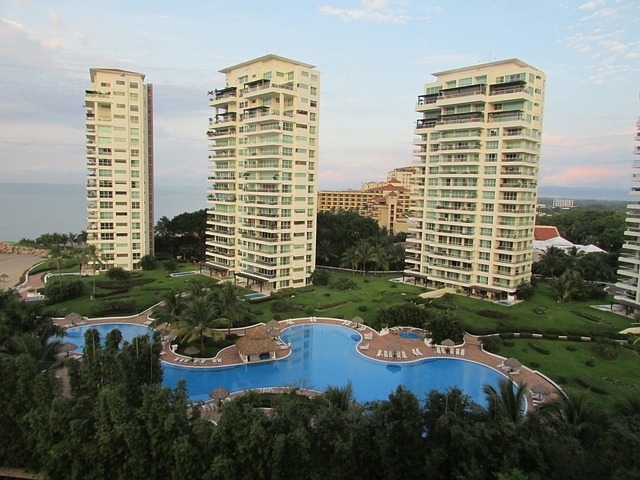 Puerto Vallarta has become an attractive vacation destination for the LGBT community thanks to its tolerance and openness, especially since the legalization of gay marriage in 2016. The city is full of gay beaches, nightclubs and stores.

Among its gay beaches, there is the Playa de Los Muertos. Don't mind the name, this is the busiest beach in the city. The LGBT community is easily identifiable by the abundant rainbow flags. If you feel like dancing, the Sapphire Ocean Club is the small local gay club on the beach.

You can't end your visit to Puerto Vallarta without passing by its bay. It is known as Zona Romantica and is defined as the gay paradise of the city. It is lined with many gay bars and nightclubs.

The two major gay events in Puerto Vallarta are the Gay Pride and the Beef Dip Bear. Thousands of visitors from all over the world attend each year. Gay Pride takes place at the end of May and the second event from the end of January to the beginning of February. Both festivals promise a variety of activities for gays such as dance parties and rowdy drag races. 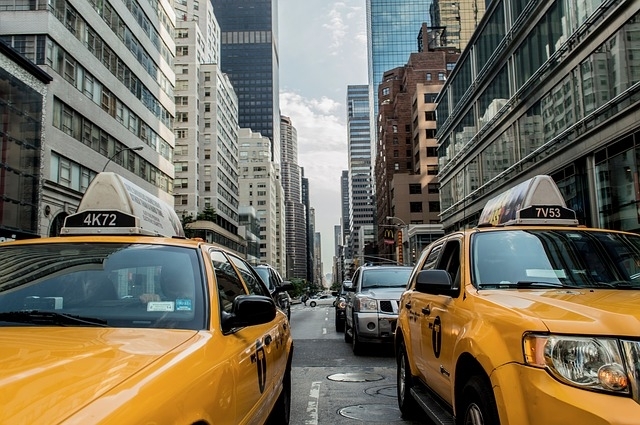 The Gay Pride phenomenon was born in New York City. In June 1969, the first movement for LGBT equal rights broke out when a group of lesbian, gay and transgender people rebelled against the police who came to raid the Stonewall Inn gay bar in New York. This was the beginning of the struggle for sexual and gender equality around the world.

Gay neighborhoods have multiplied since this event. Hell's Kitchen is now the largest gay neighborhood in Manhattan and is home to the majority of gay bars and clubs in the country. The craze for gay pride is so strong in Brooklyn that the neighborhood has its own annual "Brooklyn Pride" celebration. However, the biggest parade is the New York City Gay Pride which has been held every June since 1970.

It is impossible to talk about gay New York without mentioning Fire Island. This famous island is the meeting point of thousands of gay people every summer, joined by stars of the LGBT world.

New York is truly one of the best destinations for an unforgettable gay vacation. 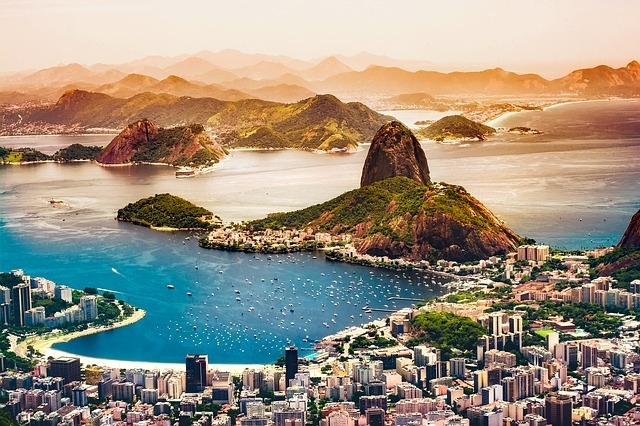 All eyes are on Brazil. A gay friendly revolution has made Rio a very popular destination for the community in a few years. With its open-mindedness and political class, this place is a paradise for this community. Its Carnival attracts thousands of people, gay or not. Rio de Janeiro competes with the most important gay destinations in the world. 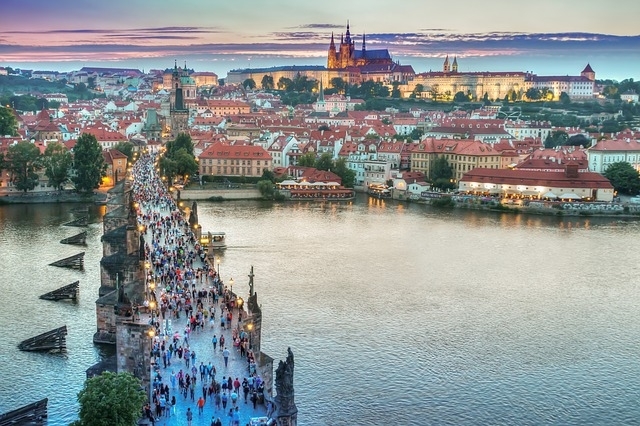 Prague is considered a pro-LGBT city in Europe. Since 2006, the Czech Republic has legalized "registered partnership" for homosexual couples. Thus, they enjoy most of the rights guaranteed by marriage. Dozens of gay bars, discotheques and saunas flock to Prague for the pleasure of its visitors.

The Vinohrady district is the place in Prague where the most gay activity is concentrated. Indeed, several gay establishments are located there. The Termix, Valentino and Prague Saints are three of the trendiest gay bars in Vinohrady.

Among the gay events not to be missed, there is the famous Prague Pride, which has only recently come into existence. It welcomes tens of thousands of visitors every year. There is also the Mezipatra, a festival that welcomes gays and lesbians; or the "Prague Rainbow Spring", an international sports tournament focused on the LGBT community. 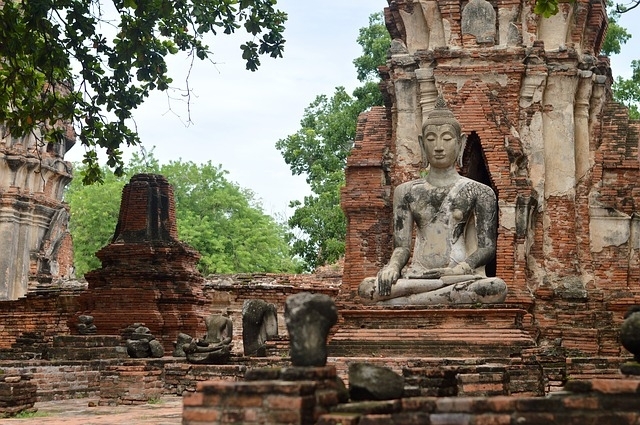 Bangkok has established itself as the most LGBT-friendly city in the Far East. Its exoticism, cosmopolitanism, culture, architecture and cuisine are some of the reasons why gay travelers go there.

The main district for gay tourism is Silom. It is divided into three streets: Silom Soi 4, where the majority of gay bars are located; Silom Soi 2, where the main nightlife is concentrated; and finally Soi Twilight, the least frequented of the three. Soi 4 is logically the most popular street in Silom. The bars are located in front of each other, which makes it easy to pick up people.

To relax, the Babylon sauna is available. It is a comfortable b&b as well as a public bath. It is surrounded by beautiful gardens to anchor you a little more in the relationship.

Other cities like Barcelona, Buenos Aires or Tel Aviv could be included in this list. The pretext is to invite you to discover each of these cities through the guides offered on Touristiquement Gay. Who knows? Maybe you'll find your next oasis! 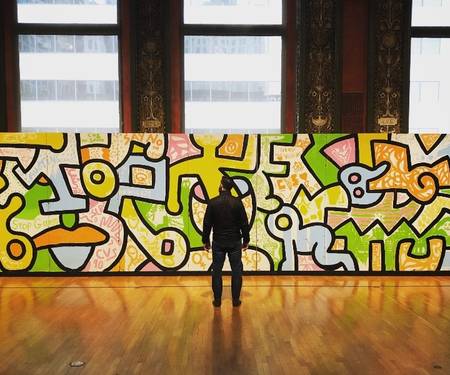 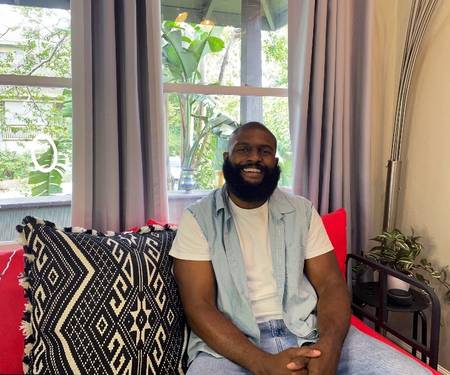 Where Art Meets Hosting in Sacramento 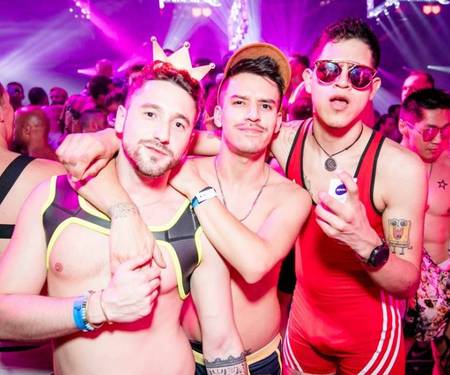 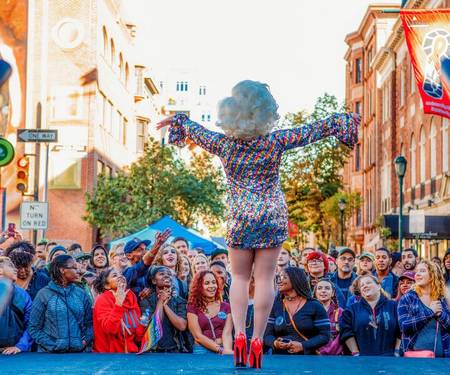 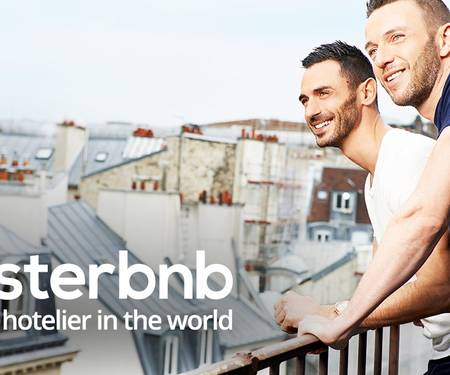 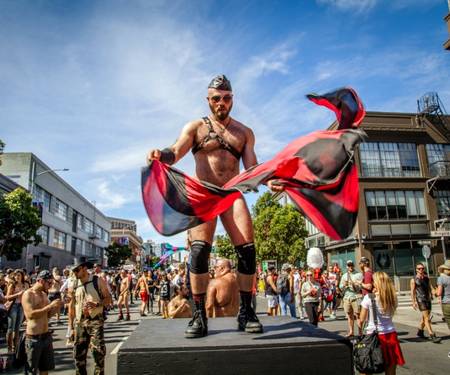 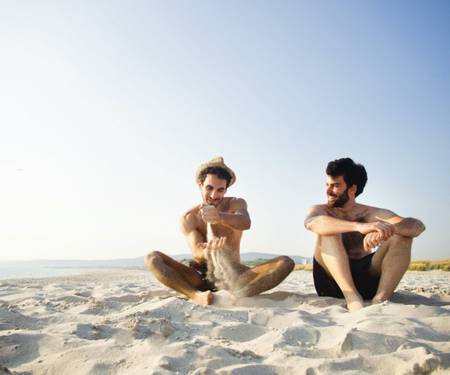 The Best Gay Beaches in California 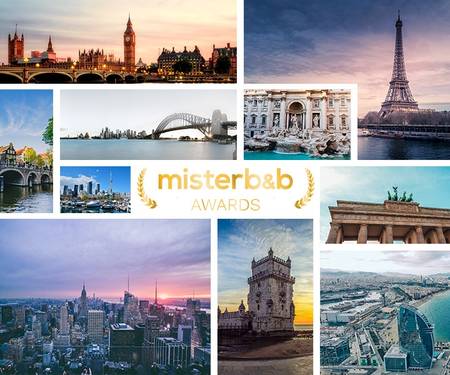 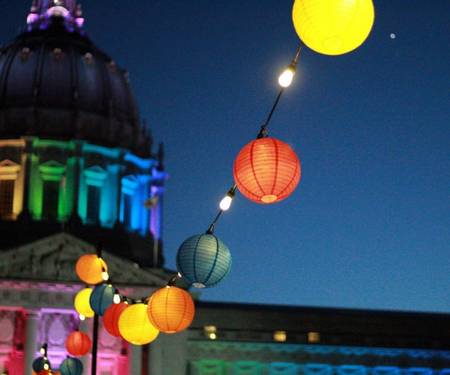 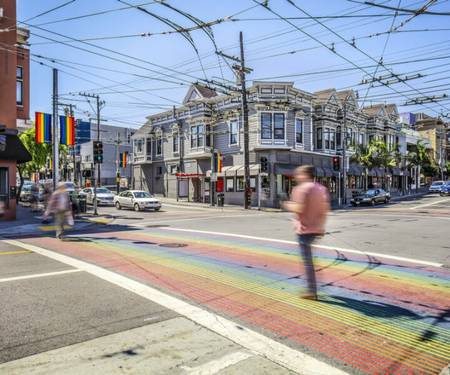 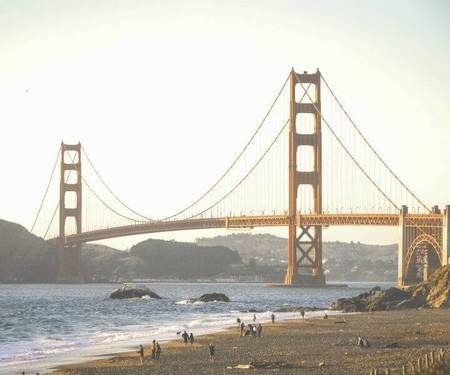 Don't be a Prude, Go Nude: Best Gay Nude Beaches in USA
Book your next gay trip with misterb&b and be welcomed in 1 million LGBTQ+-friendly accommodations in 200 countries Search now