Already $220,000 raised! Join our Crowdfunding Campaign (from $100 USD) and help us continue to create a more welcoming world

A Getaway Weekend in Germany’s Naturist Spas
by misterb&b 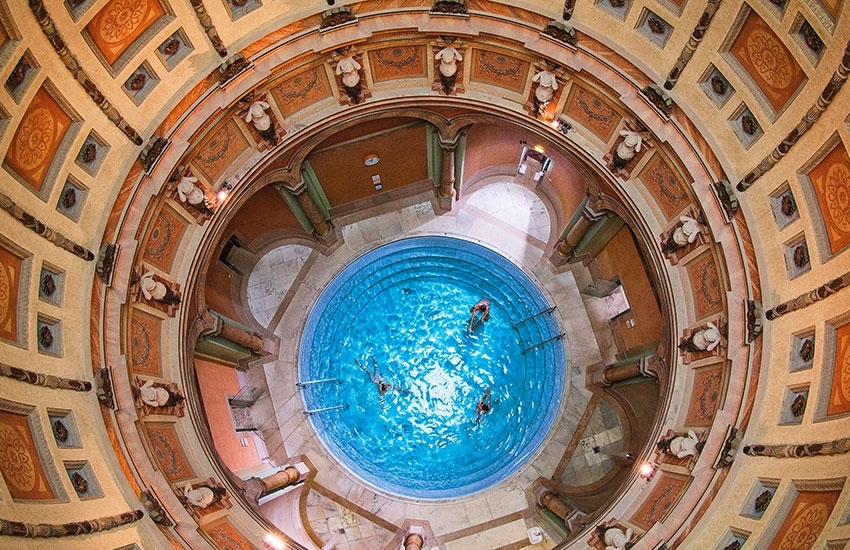 Planning a getaway weekend inside Europe? What if you were to think about you, just you and your wellness for once? No city break, no gay pride weekend, no frantic gay festival; just a quiet weekend in the green, to take care of your body! On the other side of the Rhine between Wiesbaden and the Black Forest, the naturist spas in south-west Germany are waiting for you! And with local travel restrictions currently sweeping Europe, a low-key weekend away may be the perfect way to spend your time right now.

Facing the French Vosges, the Black Forest is Germany’s largest regional park; a nature destination with immense forests, mountains up to 1,500 meters above sea level, and expansive vineyards. With its farms, typical inns and villages, cuckoo clocks and 23,000 kilometers' worth of hiking trails, the Black Forest is the preserved jewel of Baden Württemberg, a natural paradise with peaceful landscapes. And that's not to mention the local gastronomy (starred restaurants, ham, and the famous Black Forest gateau!), the welcoming climate, and the 17 spas in the region. Baden-Baden, with its luxurious hotels and alleys lined with parks, is the symbol of this sumptuous spa tradition inherited from the Roman era. The water, with temperatures reaching 68°C, springs from a depth of 2,000 meters in 12 spas, the main two being the Baths of Caracalla and the Roman-Irish historical Friedrichsbad baths. The Caracalla baths are the most modern baths, with 4,000sqm of water areas (indoor and outdoor pools, whirlpools, massage jets...) and a huge naturist and mixed sauna space. It could be a bit surprising for non-Germans for their first visit, a little less so if you're used to gay naturist beaches. Naturism is a common and natural practice in Germany, in saunas and spas, and even in some public parks. The Friedrichsbad baths, built in 1877, near the ruins of Roman baths, are set in a monumental neoclassical building. Here there is no room for swimwear; you follow the 17 steps of the thermal circuit in the nude – men and women together or separately, depending on the day. During your stay in Baden-Baden, you can also visit one of the world's finest casinos, installed in the pure white Kurhaus. The Frieder Burda Museum, opened in 2004, features one of the best collections of modern art in the world.

Less than 100 kilometers north, Wiesbaden is a luxurious and elegant spa town. With its 26 hot springs, the city has been renowned since Roman times and is the epitome of the spa town. Several hotels have their own hot springs but the main spas are the Kaiser-Friedrich-Therme and Thermalbad Aukammtal.

The Kaiser-Friedrich-Therme is located at the site of a former Roman steam bath. You'll walk in the nude in the sauna area of 1,500sqm, where each visitor is totally pampered. The place is truly majestic. Another great spa, Thermalbad Aukammtal, has a more contemporary design, with 4,000sqm of pools and 3,000sqm of saunas.

Not to miss in Wiesbaden, the Palace of the Dukes of Nassau, is the elegant Wilhelmstraße Avenue, combining shopping and culture or the Villa Söhnlein, also known as the "White House".

If, after this cure of well-being, you're missing city life, you can also visit some of the major cities in southern Germany.

Karlsruhe in the Rhine valley, built in the early 18th century around its imposing castle, is known as the German internet capital. It can be a little touristy, but still deserves a visit. Do not miss the ZKM Centre for Art and Media Technology, home to the Media Museum, the only museum in the world for interactive media. And if you want to follow this watery weekend theme, you can pay a visit to Saunaland Aquarium, Karlsruhe gay sauna.

Mannheim, south of Frankfurt, is special for being... a square! It was built in the 17th century in a grid structure and the streets in the downtown don’t have names, but codes such as C5, E7 or L8. Visit also the second largest Baroque castle in Europe or the water tower in the heart of one of the most beautiful parks in Art Nouveau style. And to continue your weekend with water, go visit the Galileo City Sauna, Mannheim’s gay sauna.

Finally, one last tip for those who want to take full advantage of this weekend in the heart of south-western Germany: the Black Forest has the largest amusement park in Germany, the Europapark, in Rust.

Best misterb&b Apartments and LGBTQ-friendly Hotels for a Staycation

Top Spots for a Weekend Getaway This Fall

9 LGBTQ Hacks on Lockdown and Restrictions

Global Pride 2020: Together We Are Stronger
Reactivate my account
Book your next gay trip with misterb&b and be welcomed in 1 million LGBTQ-friendly accommodations in 200 countries Search now
By using this website, you consent to the use of cookies for analytics purposes