Home / Gay Accommodations / United States / San Francisco / Home away from home ,you will always come back after my first treatmen
per night

Home away from home ,you will always come back after my first treatmen

Why book with misterb&b?

With Weere, our travel social network, make new connections among a community of 900,000+ LGBTQ+ locals and travelers.
You help fund LGBTQ+ NGOs and support LGBTQ+ refugees like Aterm, Noah, Louis, and many more whose lives have improved thanks to the misterb&b community.

About the place Initially in English, this text was translated via a machine translation service and may contain inaccuracies or errors.

There are 1 traveler(s) looking at this listing!

Nearby attractions Initially in English, this text was translated via a machine translation service and may contain inaccuracies or errors.

A whole lot of great places around ,fun filled arena filled with great atmosphere and also you will never regret pulling up in my home ,I make sure it is always fit and beautiful at all times

A whole lot of great places around ,fun filled arena filled with great atmosphere and also you will never regret pulling up in my home ,I make sure it is always fit and beautiful at all times

Be the first to review this property!

The hosts took the time to best showcase their accommodation. Their home is now ready for your stay and they look forward to welcoming you as their first misterb&b guest!

Property rules Initially in English, this text was translated via a machine translation service and may contain inaccuracies or errors.

Ask me in person ,I won’t judge anyone no matter the situation,I’ve always loved and taken everyone to be equal,everyone’s happiness is more important than anything else , Create overarching multiagency priorities to improve the well-being of LGBTQ people.
Increase access to affordable, high-quality, nondiscriminatory health care services and insurance benefits for LGBTQ people.
Promote the economic security and financial stability of LGBTQ people by fostering inclusive labor practices and workplace policies.
Protect and strengthen the civil rights of LGBTQ people engaged with the criminal legal system and law enforcement.
Foster inclusive, safe, welcoming, and affirming schools and educational environments for LGBTQ students.
Ensure greater access to safe and stable housing for LGBTQ people, as well as support services for those experiencing homelessness.
Support fair and humane treatment of LGBTQ immigrants, including by promoting the rights of LGBTQ people abroad. To reverse some of the most egregious and far-reaching harms perpetrated by the Trump administration, there are a number of overarching, multiagency actions that the Biden administration should execute to provide meaningful protections for LGBTQ people. These actions require effectively deploying executive authority both to eliminate damaging policies and to proactively advance the rights and interests of LGBTQ people. In the past year, 1 in 3 LGBTQ people reported experiencing discrimination.1 These experiences negatively affect the physical, psychological, and financial well-being of LGBTQ people, who then alter their lives in significant ways to avoid discrimination. On June 15, 2020, the U.S. Supreme Court affirmed in Bostock v. Clayton County that Title VII of the Civil Rights Act of 1964’s prohibition on ******** discrimination in employment prohibits discrimination because of sexual orientation and gender identity (SOGI). Prior to the high court’s landmark decision, courts across the country were interpreting ******** discrimination to also prohibit SOGI discrimination, not just in Title VII but also in other statutes that prohibit ******** discrimination, such as Title IX, Section 1557 of the Affordable Care Act (ACA), and the Fair Housing Act (FHA).2 Despite the Obama administration’s efforts to extend these protections, the Trump administration exercised its authority to erode them—from rescinding guidance protecting transgender students in schools,3 to banning transgender people from openly serving in the armed forces, to erasing protections for LGBTQ people in health care and coverage.4 The U.S. Department of Justice (DOJ) even reversed the government’s stance on the inclusion of SOGI in ******** discrimination under Title VII, opposing its own Equal Employment Opportunity Commission (EEOC).5

The Biden-Harris administration has a tremendous opportunity on day one to not simply restore the Obama administration’s protections for LGBTQ people but also to ensure that the federal government upholds these rights to the fullest extent of the law. Specifically, President-elect Biden should immediately issue an executive order that directs all federal agencies to review and update relevant regulations, guidance, and policies to reflect that SOGI discrimination is an illegal form.

Ask me in person ,I won’t judge anyone no matter the situation,I’ve always loved and taken everyone to be equal,everyone’s happiness is more important than anything else , Create overarching multiagency priorities to improve the well-being of LGBT... 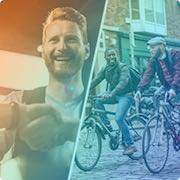 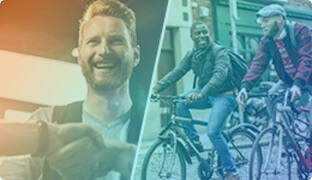 When booking with misterb&b, you help support organizations fighting for LGBTQ+ rights around the world.
Find out about Mister for Good initiative in the footer and help start building tomorrow's world by making a donation.
Supporting the community is not just about survival, it's also about thriving, empowering and making a difference.
From per night 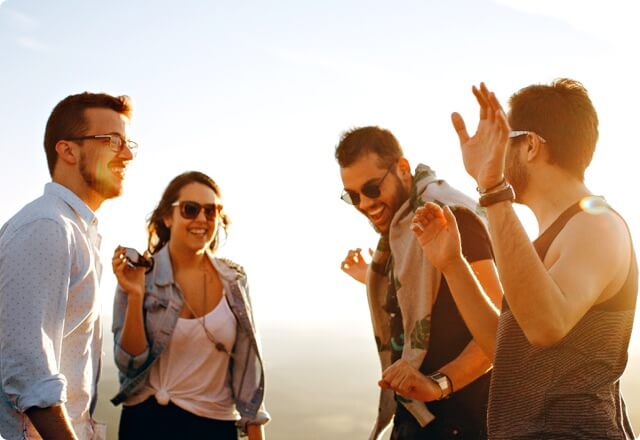 Get up to $110 for every friend you refer

They can also enjoy $10 off their first booking.

Invite your friends
Report this listing

Because we foster the largest community of global gay travelers, we want to ensure all are welcome anywhere we go. Full apartments are in high demand around the world. To help ensure you can travel and feel welcome anywhere, in addition to our gay and gay-friendly hosts, we’ve selected agencies to offer apartments in cities across the world.

Because gay is in our DNA we ask each agency to affirm their welcoming attitude and acceptance of our community by agreeing to the charter below:

Common questions
What if I have questions about the property before I book?

You can contact Lopez through the Contact Host button on this page. If you've already booked, go to My trips.

Why should I book through misterb&b?

Travel with peace of mind while connecting with the gay community. As the largest gay hotelier in the world, misterb&b guarantees secure payments, Booking insurance Coverage, and a customer support team that is at your service.

Do I need to pay for a security deposit?

How can I tell if a booking is accepted or confirmed?

A confirmation e-mail with the contact information of your host will be sent to your e-mail address upon a successful booking. Log in to your misterb&b account and visit My trips. Here you will find the status and details of all your bookings and booking requests.

Share
Home away from home ,you will always come back after my first treatmen

*The misterb&b fee enables us to offer you a 24/7 customer support in 3 languages, a secure payment system, the collection of local taxes but also to constantly onboard new hosts across the world to give you the opportunity to feel welcome anywhere you travel. More about our fees

You already have a booking confirmed for these dates:

-
Check booking
Do you want to proceed with your booking request to Lopez anyway?
yes, send request
no
Oooops

We’re very sorry but this host does not accept bookings anymore. Please find another listing and renew your booking request.

Thank you for reporting this listing!